“Great things in business are never done by one person.
They’re done by a team of people.”

We tend to use this expression a lot on our day to day work. But this weekend it gained a new meaning. Most of our team actually decided to participate in a marathon – and it was fantastic. While looking back to a wonderful morning – and also resting my legs while at it – I began thinking that there was more about the expression than what we were realizing.

First of all, let me clarify something – what does it mean “we run marathons” in the business environment and why do we use it?

Many times, we have conflicting paths and have to choose one:

Whenever these doubts come up, we fall back to the same mantra:
“We run marathons”
and try to choose the option that will take us nearer to where we want to be. Our option is focusing on the long-term value instead of the immediate gains. 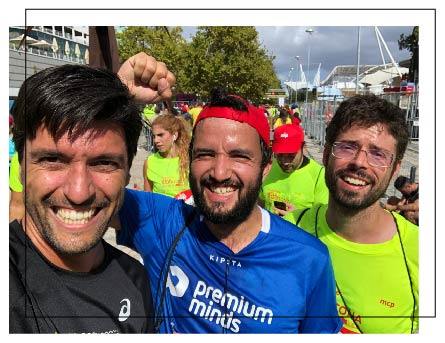 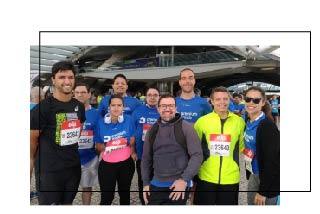 But today, while hugging the rest of the team at the finish line it came to me that there’s more to it than we were seeing. Today, we realized that the expression has, at least three other meanings:

Let’s face it: sometimes it hurts to do a long run. Yes, we enjoy it – hence we participated – but it’s not without its thorns. Although we take ourselves as self-motivated people we all need a push from time to time. For some of us it’s just getting out of bed. For others are the last few miles. Whatever the moment when you lack some stamina, it’s easier when a good friend is there to inspire you and impel you to the finish line.

2. We don’t have to run at the same pace to enjoy it with the others

There are moments when we don’t all have the same strength. Some of us are natural runners. Others are athletes at some other disciplines. There are a few without much training. Some were not in the best physical shape.

Could we all run at the same stride? Definitely not.
Did we all enjoy the run? Absolutely yes.
The fittest helped the others. The more vocal motivated the rest of the team. Our internal strength was even inspirational sometimes.
But we began together, and we gathered at the finish line. We were all exhausted, but we were happy. We all made it.

The fact is it was easier for some than for others to get to the finish line. When we got together for lunch afterwards there was a shared conclusion: it’s much easier if you train. We value comfort. We must be comfortable on our shoes and while doing something to be good at it – and actually to be able to enjoy while we’re at it. Training makes you more comfortable. While running, while working and in most walks of life. 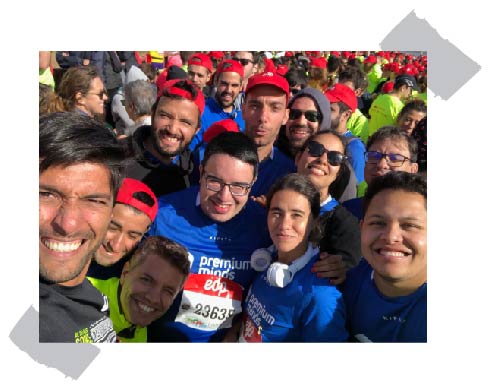 …but unlike the song it didn’t start the whole world crying.

On the contrary, we subscribed for a run and got more than what we were expecting. It all began as a joke, during lunchtime. “Hey, we should all participate on the next long run” – someone said. “We could all use the activity and it might be fun.” Guess what, we were right. A few months later, here we were getting ready for what would be the first long run for most of us!

“In union there is strength.”

Coronavirus: Our role in flattening the curve

This website uses cookies to improve your experience while you navigate through the website. Out of these, the cookies that are categorized as necessary are stored on your browser as they are essential for the working of basic functionalities of the website. We also use third-party cookies that help us analyze and understand how you use this website. These cookies will be stored in your browser only with your consent. You also have the option to opt-out of these cookies. But opting out of some of these cookies may affect your browsing experience.
Necessary Always Enabled
Necessary cookies are absolutely essential for the website to function properly. This category only includes cookies that ensures basic functionalities and security features of the website. These cookies do not store any personal information.
Non-necessary
Any cookies that may not be particularly necessary for the website to function and is used specifically to collect user personal data via analytics, ads, other embedded contents are termed as non-necessary cookies. It is mandatory to procure user consent prior to running these cookies on your website.
SAVE & ACCEPT
Project Simulator