Salesforce: The nuts and bolts of Lightning Web Components

Salesforce Spring ‘19 release is finally here, and we cannot be more thrilled! There are a lot of goodies in this announcement but, for us developers, one just made our eyes sparkle…

This alone can make our whole year. But it was a great pleasure to hear this exciting news in the front row of the 1st Lisbon Developers Community Meeting, hosted by Near Partner and presented by one of the most enthusiastic Salesforce developers I know — my team leader and the Community Leader – Newton Calvin.

If you haven’t had the privilege to attend the Global Developers Week, don’t despair – help is on the way! We’ve made a short brief with the nuts and bolts of Lightning Web Components. The meeting presentation is also available for download by the end of this post, so check it out. 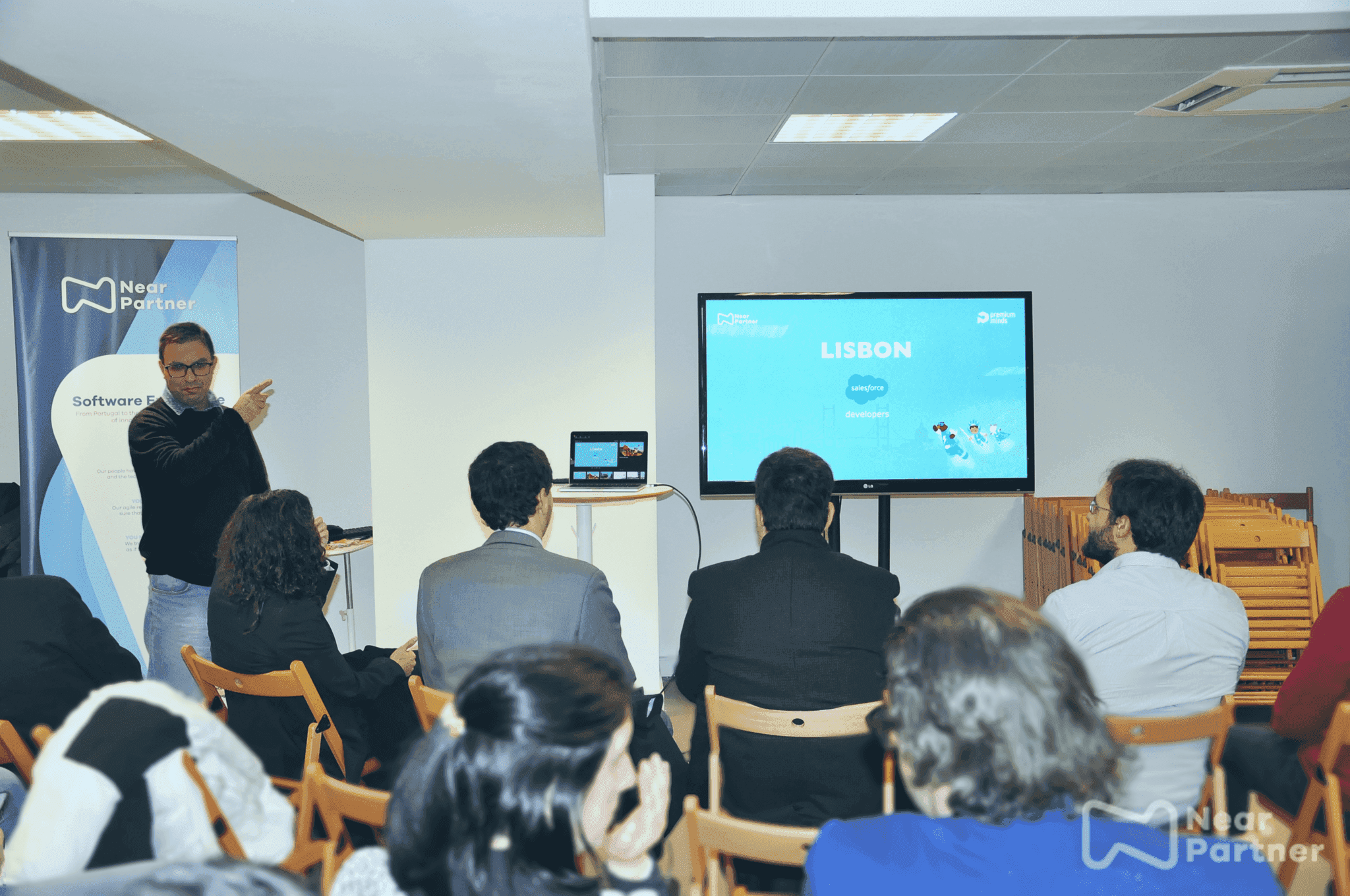 That said, let’s get into it!

What are web components and why they are important?

First things first, let’s look at the technology behind the LWC: Web components.

Web components are a set of web platform APIs that allow you to create new custom, reusable, encapsulated HTML tags to use in web pages and web apps. Custom components and widgets built on the Web Component standards, will work across modern browsers, and can be used with any JavaScript library or framework that works with HTML.

The idea of being able to write reusable and portable code isn’t new but is here to stay and Salesforce knows that! This was the main drive behind these new features. Taking advantage of the benefits of this approach – it’s reusable, maintainable, independent and, most important, provides an encapsulation mechanism – in order to get development in Salesforce easier, faster, and appropriate for any developer.

Ok… but what are Lightning Web Components?

According to Salesforce, the Lightning Web Components’ technology is a new programming model for building Lightning components, that “leverages the web standards breakthroughs of the last five years, can coexist and inter-operate with the original Aura programming model, and delivers unparalleled performance.”

In another words, LWC is a set of building blocks of code that gives developers the freedom to use the tools they prefer to build components. Then, by mixing the existing Lightning developer services and low-code tools, we can now use all their existing developer and admin resources to collaboratively build high-performing web experiences. Sounds exciting!

This is one of the main reasons for this launch but, in my opinion, there are others equally important. Let’s dive deep into them:

➤ JavaScript is the first perpetrator! 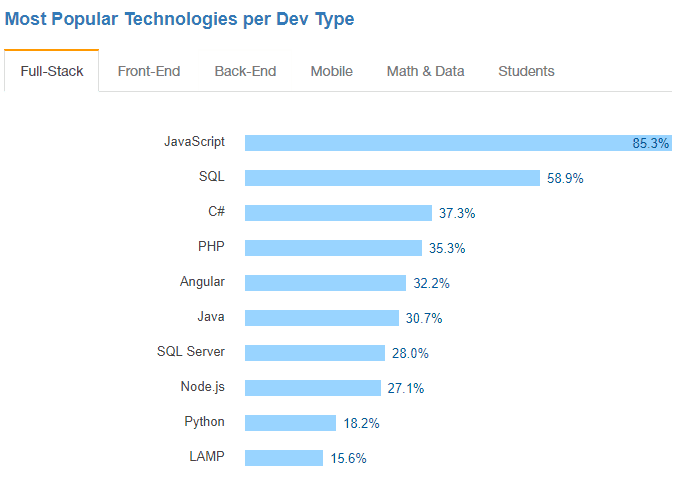 JavaScript is used and loved by millions of developers worldwide. LWC just takes the best of this modern programming language and pairs it with the existing portfolio of developer services in the Lightning Platform to help developers work faster, build more efficient and modern apps.

Summing up, now every JavaScript developer can build on Salesforce. Hurrah!

You are probably thinking (I did!)… “now I’ve mastered Aura, they came up with this!” But don’t panic… Aura components and Lightning web components can coexist in the same application and it’s important to understand that this model will help us… a lot!

By creating the Lightning Web Components model, Salesforce aligned their technology with the web standards that didn’t exist or was super hard to build in the original Aura model.

The most important thing to note is that developers with experience in web components can get in to LWC faster, and developers familiar with Aura will already know most of the major standard components; you just need to translate them from the old syntax to the new. 😊

➤ Unit testing with Jest is now a reality

Support is added for Jest! Now, you can write unit tests for your client-side logic in a widely proven testing framework. It’s simple to use and as a big support from the community being one of the most used JavaScript testing frameworks out there, including by big name companies like Twitter or Spotify.

Just out of curiosity, did you know that Jest was created by Facebook? 😊

What about the existing components?

Don’t panic! As I said before, Aura components and Lightning web components can exist in the same application. One doesn’t replace the other. We’ll need both Aura and LWC for certain features.

By using the LWC you should expect an overall increased performance. It’s true that, in many cases, you won’t be able to use LWC right away, but you can always put them in backlog. Aura will be around for a long time!

So… should I move completely to LWC?

My honest answer is: take it easy. We know Salesforce piloted LWC for a year with over 100 ISVs, SIs, and Customers who took part in the pilot spanning over 500 developers, but the real test starts now with the mass adoption of LWC.

So, if you are halfway through an Aura-based development project, maybe you should stick to it for the time being.

On the other hand, if you are starting a new and exciting project where you can start playing with these new resources, it might make sense to use some of the new possibilities.

An exciting step into the future

We couldn’t be more excited to see this exciting step-change in frontend development for Salesforce. And the most exciting part is that this technology is available right now and better… you don’t have to rebuild anything, it integrates with your current codebase 😀

If you want to know more about the newest Lightning Web Components, please download the Global Developers Week Presentation below! You will find more background details on why and what of lightning web components and all the documentation needed to start playing with these new resources. And don’t forget to explore and conquer the trailhead module!

Have you already started playing with these new resources? What do you think about them? Share your thoughts with us!

A resilient fighter, embraces life’s challenges as they come. Strives to find the best in others and be present when needed. A software developer at mind; a passionate gamer at heart (since he knows himself).

How Sitetracker powers project management across the world

What is Salesforce Health Cloud?

This website uses cookies to improve your experience while you navigate through the website. Out of these, the cookies that are categorized as necessary are stored on your browser as they are essential for the working of basic functionalities of the website. We also use third-party cookies that help us analyze and understand how you use this website. These cookies will be stored in your browser only with your consent. You also have the option to opt-out of these cookies. But opting out of some of these cookies may affect your browsing experience.
Necessary Always Enabled
Necessary cookies are absolutely essential for the website to function properly. This category only includes cookies that ensures basic functionalities and security features of the website. These cookies do not store any personal information.
Non-necessary
Any cookies that may not be particularly necessary for the website to function and is used specifically to collect user personal data via analytics, ads, other embedded contents are termed as non-necessary cookies. It is mandatory to procure user consent prior to running these cookies on your website.
SAVE & ACCEPT
Project Simulator